It took 24 episodes but finally the Triple S Pod has come around to Paul W.S. Anderson's 1997 cult classic Event Horizon.

Cult classic, that is, if you are Jeff.  Derik wishes - strongly - to differ.

Before they hash out their differences over Dr. Weir's favorite floating haunted house the guys check out some trailers and go through Dreadit's list of the greatest horror television series.

Time to hit download and join Saw Something Scary on ship designed to reach the stars but which went much, much farther than that.

Special thanks to Life and Death Productions for the editing on this week's episode! Check 'em out on Twitter here!

Now that everyone has had a chance to take a look at Spike's The Mist TV Show the guys from SSS decided it was time for a comparison with the 2007 film version.

You'll also get an evaluation of The Hollywood Reporter's 50 Greatest Superhero Movie Performances of All Time.

So how does the small-screen version of Stephen King's most popular (?) short story compare to the cinematic release? Tune in to find out!

This week Saw Something Scary becomes Saw Something... Else as the guys do a 20 year retrospective on 1997's Batman and Robin.

Has this film aged like excellent wine or more like chocolate milk?  Time to find out on this week's episode!  As a bonus you'll get lots of crazy details on this film along side the first ever Jeff Hates Trailers hall pass. 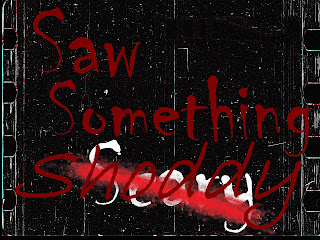