Let the guys from Saw Something Scary help you remember with this look back at 2008's Cloverfield, the start of a three episode look at the Cloverfield film franchise thus far.

Before the guys land in Manhattan like a monster alien with an axe to grind you'll find the segments you've come to adore - including a special guest to talk about the Shazam! trailer and an extended edition of The Horror Reporter.

So what are you waiting for?  Hit that download button, press play, and let's get going on the latest from the Triple S Pod!

No, that title and run-time isn't a mistake: Saw Something Scary is deviating from the normal shivers and scares to take a look at a cinematic gem that holds a special place in both Derik and Jeff's heart, Christopher Nolan's The Dark Knight on the occasion of its 10th Anniversary.

The Triple S Podcast guys will get back to scares next week (with Cloverfield, to be exact) but this week join in as the record a love letter to the best comic book movie of all time.  Hit that download button, press play, and let's get going! 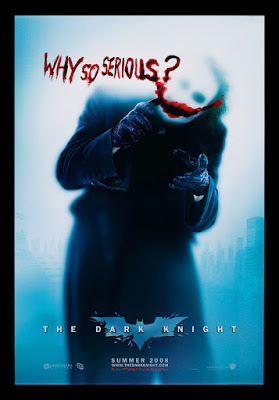 The Strangers: Prey at Night (SSS 68)

Don't forget #GuiltGirl, premiers today (7/11/18) at the Malco Smyrna Cinema.
You can find tickets at guiltgirl.bandcamp.com and remember:
a portion of ticket sales will go to the RAINN organization!

The Strangers are back and so are the guys from The Triple S Podcast and when their paths cross... well, you'll have to listen tot the episode for that. :)

Jeff Hates Trailers surfaces some good flicks and The Horror Reporter surfaces some Child Play's weirdness before the guys Pull the Curtain on The Strangers: Prey at Night.

You know Derik and Jeff watched it.  But would they say they Saw Something Scary?  Press play and find out!

This week Saw Something Scary welcomes director Mike Dobrzelecki to talk all things #GuiltGirl, his forthcoming film premiering next Wednesday (7/11/18) at the Malco Smyrna Cinema. You can find tickets at guiltgirl.bandcamp.com and remember: a portion of ticket sales will go to the RAINN organization!

After that Derik and Jeff get into Steven Soderberg's celebration of the iPhone 7 Plus, Unsane!

You know what to do: hit that download button, press play, and let's get started on the latest from Saw Something Scary!