Derik and Jeff are back to review the latest from the universe of The Conjuring, built around the most aggressive latina ghost you've ever met.

Come on - hit that download button, press play, and let's get going on the latest episode of the Saw Something Scary podcast! 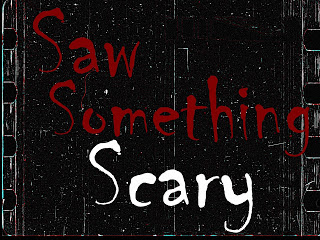 Hey y'all.  The guys from The Triple S Pod watched Netflix's The Silence and were... well... less than delighted.

The whole experience threw off the normal vibe so you've got a special, conversational, edition of Saw Something Scary this week!

So the review starts at 29:31 and everything else begins when you hit play!  Talk to you inside.

Ya boys from Saw Something Scary missed y'all last week so we wanted to reach out with a hearty review of 2019's Pet Sematary.

So you know what to do - hit that download button, press play, and let's get you what you need to get through that mid-week slump!

Oh yeah Jud?  Then why did you bring the cat back, huh?!?

That's right y'all - we're getting over our post-Us malaise by taking a look at the 1989 film adaptation of Pet Sematary before we get the new version over the weekend.

Here's what else you'll get in this one:

Cillian Murphy joins the cast of A Quiet Place sequel

The Twilight Zone (from our beloved Jordan Peele) dropped its first two episodes. Let's do a mini-review!