Cronenberg's big-box-office masterwork turns 33 this month and it is high time the film receive the Saw Something Scary treatment!

Here's what else is in this one:

Sidebar: What are Sony and Disney thinking with this Spider-Man screw up?

- Stranger Things is coming to your PC / video gaming console

- Supercuts of Muschietti's It coming down the pike?

Blade turns 21 this year and your Saw Something Scary hosts head back to their childhood to take a fresh look at a surprisingly important vampire film.

Here's what you get on the way:

- A real-life serial killer cameo in The Exorcist?

Took a minute but the guys from Saw Something Scary made it to Scary Stories to Tell in the Dark!

But that's not all - this was a big week for horror fans and the guys from The Triple S Pod have you covered there too.

- News from Mike Flanagan's next project

III. Pull the Curtain: Scary Stories to Tell in the Dark 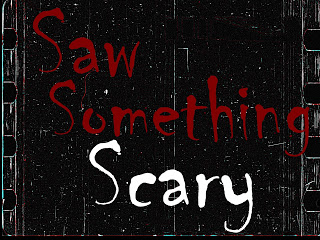 Just in the nick of time Saw Something Scary reviewed the 2019 animal-invader film Crawl!